Leadership We Can Trust

The son of a Cuban refugee and Vietnam veteran, Alex grew up with a deep sense of appreciation for the American ideals of individual freedom and personal responsibility. Defined by the American Dream

Alex’s mother, Lala, was born and raised in Fidel Castro’s Cuba, where she and several other members of her family were thrown into jail for seven weeks because they opposed Fidel Castro’s communistic regime. When she was 20 years old, Lala escaped Cuba and fled to the United States with barely a penny to her name.

Alex’s father, Vincent, was deployed to Vietnam when his wife was pregnant with their first child. He served as an Engineering Captain and was awarded the Bronze Star. Listening to his parents’ inspiring stories, Alex knew from a young age that he wanted to spend his life fighting for the American ideals set forth by our Founding Fathers.

Alex Mooney has been serving West Virginia in Congress since 2015.  He is running for Senate to continue defending West Virginia’s conservative values and ensuring that our state continues to be a wonderful place to raise a family.

Congressman Alex Mooney and his wife, Grace, live in Charles Town in Jefferson County with their three children. 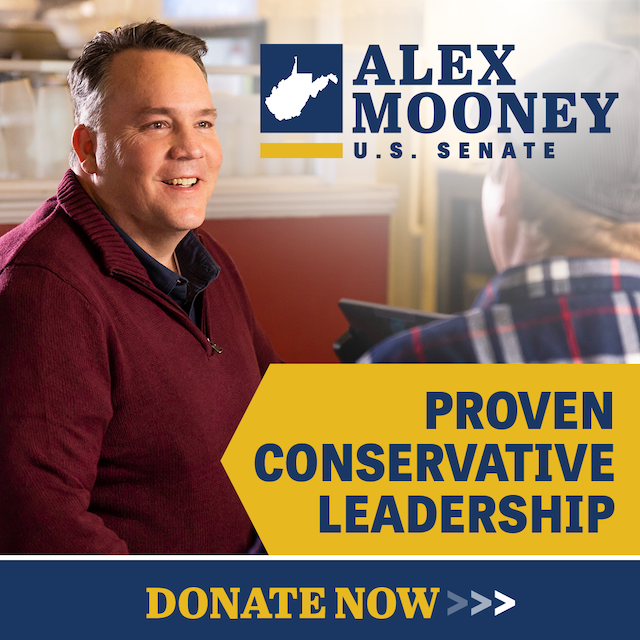